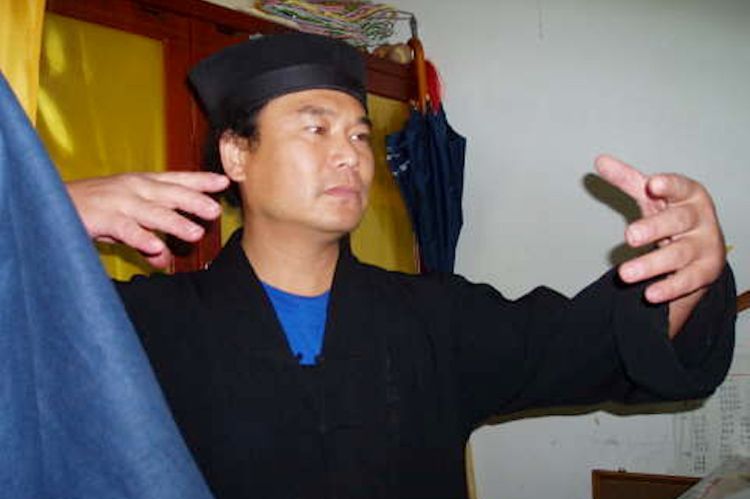 He traveled around the UK, visiting local IDS groups.
He also featured in two large events in London and Leeds.
All events in his packed schedule were attended by the public.
His focus this time was particularly on the ancient and fascinating art of Feng Shui.

Grand Master Zhao Yuanfu is a world leading Feng Shui expert and, until now, his knowledge had only been available to the Chinese government and business leaders. He demonstrated the science that is followed by Manchester City FC, the NHS, HBOS and McDonalds!

Feng Shui is a Daoist science based on the understanding of the dynamic flow of energy throughout the universe. Read more on Feng Shui here.

“People listened intently to the animated master speaking through a translator. He talked of Daoist Feng Shui’s origins, how in ancient China 6000 years ago, people noticed the power of wind, both the damage and the good it could cause.

The wind’s effects were felt both externally at people’s homes and internally, within the body, namely as breath or energy. The beliefs evolved to a science and art today which holds regard to the positioning of people’s homes and the placing of furniture to optimise energy flows.

Grand Master Zhao Yuanfu said he was particularly enamoured by Buckingham Palace, which he had passed on his way to the hall. The huge gates were a positive sign, he said, protected by a sacred bird and the foundations of the palace were strong, being built upon a metaphorical ancient turtle. Here I was itching to know more but sadly the translator sped on, anxious to accommodate the his flow.”

Grand Master Zhao Yuanfu is from the White Cloud Hall in Beijing. This is a very important place in Daoism. To learn more click here.