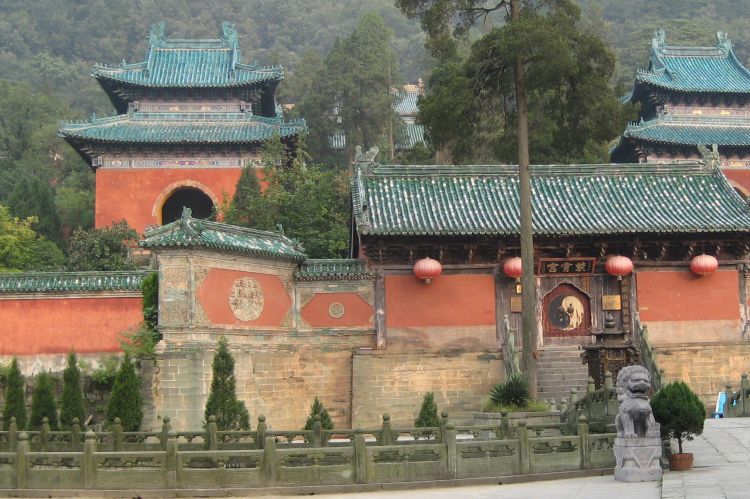 The Past, Present and Future of Daoism

The fifth in a series of international conferences on Daoism to be held every year or two in China, Europe, or North America, this meeting followed conferences in Boston 2003, Chengdu 2004, Munich 2006; and Hong Kong 2007. The aim of the meeting was to promote academic exchange and research in the field of Daoism, and conferences will cover both contemporary and historical topics related to socio-cultural constructions of Daoist identities, beliefs, and practices.

Wudangshan is the devotional center of one of the most important figures in Daoism—Zhenwu dadi（also known as Xuantian shangdi. Beginning in the Northern Song (960-1127), the Zhenwu cult received imperial sponsorship which continued and grew through the Ming (1368-1644). In the Yongle reign of the Ming (1402-1424), a massive project created a Daoist complex that was arguably the most ambitious and impressive architectural achievement of the empire outside of the Imperial Palace in Beijing. That complex is today recognized by UNESCO as a World Heritage Site, and continues to receive a large number of pilgrims every year from across China and Southeast Asia.